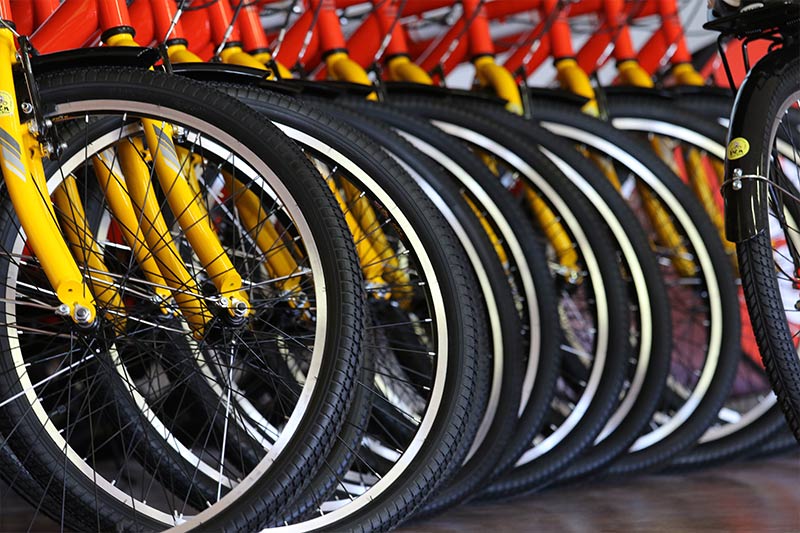 On 23 February 2017, a historical bicycle distribution took place at the Ocean View High School near Kommetjie.

On this day, the school received 40 bicycles, aimed at improving the commuting mobility of learners from the School. At the same time, having access to a bicycle will vastly expand their recreational options and give them a fun and healthy activity to enjoy.

The initiative is part of a broader project that aims to establish fleets of bicycles in various schools in and around Cape Town. Later, the initiative will be rolled out to other parts of South Africa.

Apart from distributing bicycles, the occasion also celebrated an important three-way partnership that is developing between the Pedal Power Association (PPA), Bicycling Empowerment Network (BEN) and Qhubeka. So what started with BEN agreeing to provide 10 bicycles to the School as part of an existing project, grew when PPA offered to match the BEN contribution with 10 more bicycles, and Qhubeka stepping up to match the contribution with 20 of their tried-and-tested Qhubeka bicycles. In this way, 10 bicycles grew to 40.

The bicycles being distributed by BEN and PPA are a brand-new collaborative between the two organisations – and this project is the very first to receive the new #bike4all:  A simple, robust, yet stylish bicycle suitable for both commuting and recreation.

In preparation for the distribution of the bicycles, two learners from Ocean View High School undertook a preventative bicycle maintenance course at BEN. They will now assist with maintaining the school’s bicycles.

As safety is of the utmost importance, each learner receiving a bicycle also attended a theoretical and practical safety programme. All 40 recipients will be taken through the PPA/BEN ‘Cool Kid on a Bike’ course, before testing their new-found knowledge on a track, complete with traffic signs and markings.